"Love and Concern for Those Departing the Way of Grace"

Join our list to be notified of new devotions automatically by clicking to right. 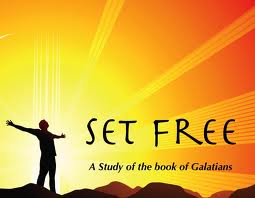 "Love and Concern
for Those Departing the Way of Grace"

12 Brethren, I urge you to become like me, for I became like you. You have not injured me at all.
13 You know that because of physical infirmity I preached the gospel to you at the first.
14 And my trial which was in my flesh you did not despise or reject, but you received me as an angel of God, even as Christ Jesus.
15 What then was the blessing you enjoyed? For I bear you witness that, if possible, you would have plucked out your own eyes and given them to me.
16 Have I therefore become your enemy because I tell you the truth?

12 Brethren, I urge you to become like me, for I became like you. You have not injured me at all.

Paul is pleading with the Galatians to join him in rejecting the law as a means of being justified with God. Paul was a Jew by natural birth, but he had forsaken the law as a means of being reconciled to God. Therefore, he was living like a Gentile in that sense. He's saying, "be like me (free from the law) because that's the way you really are." See 1 Corinthians 9:21

The Galatians' tendencies toward legalism hadn't affected Paul. He was going to continue in grace.

Paul was in essence saying, "Why are you dropping out of the university of grace, and enrolling again in the kindergarten of the Law?"

13 You know that because of physical infirmity I preached the gospel to you at the first [visit].

Question: Do we allow someone's appearance affect how open we are to hear them?

Paul also said he was not eloquent in speech (see 1 Cor. 2:1). Historians usually say he was short and balding. Not quite your picture of most modern day tele-evangelists. We as a people can be really shallow when appearance factors into our receiving from someone. We do this with: Physical attractiveness, height, weight, speaking voice, charisma, etc. We may miss out on hearing from a man of God because of such thinking.

14 And my trial which was in my flesh you did not despise or reject, but you received me as an angel of God, even as Christ Jesus.

They received Paul as an angel/messenger of God, as if Paul's words were straight from Christ Jesus (which in a real sense they were as Paul was the Lord's spokesman). What matters most is the message, not the messenger.

As we see in verse 14, instead of turning from him in disgust, as might have been expected, the Galatians had given most earnest heed to Paul's testimony for JESUS and had accepted the SAVIOUR with an enthusiasm that knew no bounds. They received Paul, prostrated with pain and weakness as he was, as an angel of GOD, as the personal representative of the Son of GOD Himself. How ingloriously, then, did their present apostasy contradict their early zeal for CHRIST!

15 What then was the blessing you enjoyed? (or What happened to all your joy?) For I bear you witness that, if possible, you would have plucked out your own eyes and given them to me.

Legalism causes people to lose their joy. This is what happened to the Galatians. The NIV translates this phrase as, "What happened to all your joy?"

Their former state of JOY was caused by the fact that they responded to the doctrines of the grace of God in Christ.

Next, this verse talks about Paul's eyes. Whatever happened to Paul likely affected his eyes, and at one time they would have done anything for him, even given him their own eyes (if that were possible). This was the depth of their affection toward the one who had brought them the liberating message of salvation in Jesus Christ alone, but now they had turned away from him.

Note: Another possibility for this text is that Paul does not literally mean by these statements that there was something wrong with his eyes. Just as today when someone says, "I'd give my right arm for them," that doesn't necessarily mean there is anything wrong with the other person's right arm. This is just a way of expressing an individual's commitment to another person, even to the point of sacrificing a valuable part of his own body for the benefit of the one he loves. Likewise, Paul may just be saying that these Galatians were at one time willing to do anything for Paul; what had changed? 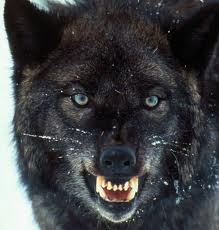 16 Have I therefore become your enemy because I tell you the truth?

Those (Galatian believers) who had once been so very close and thankful for the message of liberty (grace) are now looking at him as an enemy for telling them the truth (in love).


They had become hostile to Paul.

"Am I therefore become your enemy, because I tell you the truth?" How typical is this reaction to wholesome admonition of the attitude of men and women today! Regardless of how much he may need it, the average person resents correction. The servant of CHRIST dare not change his course with every shift in the wind of popular favor.

The truth isn't always welcomed, but it truly is love to tell a person the truth regardless of whether he welcomes it or not.

Question: Will you stand for truth even when those closest to you are going in the path of error? 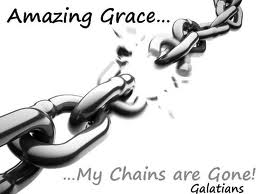 A must listen to song here!

Until next time, walk in the grace of our Lord Jesus Christ!