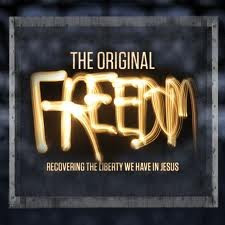 As we go into Galatians 2:1-10 I encourage you to read Acts 15:1-35, as they are sharing the same time period and should add to your understanding of this Galatians study.

We can call Paul a “Freedom Fighter” as he was not going to allow false teaching (Judaizers – A mixture of law and grace for salvation) to come into Galatia. Paul would fight to keep this gospel from being corrupted by legalism. 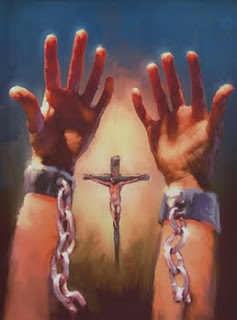 Verse 1 - Then after fourteen years I went up again to Jerusalem with Barnabas, and also took Titus with me.

God's timing is best – How would you handle it if God kept you some place (or from some place) for 14 years while you’re wanting to go – All in His timing!

In Acts 13:1-Acts 14:28, after his return from Arabia to public preaching, who did he look for but his friend Barnabas! We see Barnabas accompanied Paul on his first missionary journey – they were a team!

THOUGHT: Don’t we all need “Barnabas – Encouragers” in our life!
Maybe you also need to be a Barnabas/Encourager to someone else!

Brief thought on Titus: Titus was a Gentile believer. Apparently, he came to Christ through Paul’s ministry. (See Titus 1:4)

Verse 2 - And I went up by revelation, and communicated to them that gospel which I preach among the Gentiles, but privately to those who were of reputation, lest by any means I might run, or had run, in vain.

Paul went by the Spirit's leading to Jerusalem and got together with the Christian spiritual leaders there to clarify the issue of, whether Jew or Gentile, salvation is by Christ alone and that salvation does not require a Gentile believer to be circumcised. Now all believers are on the same page – Salvation comes through the grace of God!

Verse 3 - Yet not even Titus who was with me, being a Greek, was compelled to be circumcised.

It’s quite possible Paul took Titus to Jerusalem to show the fruit of an uncircumcised Gentile believer. Since salvation was not by any works, he did NOT need to be circumcised.

Verse 4 - And this occurred because of false brethren [fakes - in this case Judaizers, not Christian at all] secretly brought in [crept in, a gradual infilteration] to spy out [with a critical and hostile intent] our liberty which we have in Christ Jesus, that they might bring us into bondage,

We have these in almost all churches today. They may act like a Christian, but inwardly their motive is to infilterate and destroy our gospel-given FREEDOM! Be on the alert for them!

Those who try to add any works (circumcision/law) to salvation are ultimately taking away our liberty/freedom we have in Christ and bringing us into bondage!

THOUGHT: Has the peace and joy in your Christian walk disappeared and been replaced by a peaceless/joyless “have to do” works orientated salvation? Check to make sure you didn’t allow some false teaching into your life. This may be the first time you have recognized it!

Verse 5 - to whom we did not yield submission even for an hour, that the truth of the gospel might continue with you.

Any wavering here and the gospel of grace would have been hurt or gone.
Basically, he didn’t allow false teaching for even an hour [not for anytime].

THOUGHT: Do we see a works salvation being preached around us? If we do, we shouldn’t put up with it for a second!

Note: We are NOT talking about FRUIT that will follow a true conversion

The wording here seems strong, but Paul was not meaning disrespect for Jerusalem church leaders, but taking them off their “superstar”status [still a problem today], clearly stating God doesn’t have any favorites. Paul had the truth (just like them). They were leaders in the Church [Jerusalem] but they didn’t change Paul or his message. The gospel of truth is the same everywhere!

THOUGHT: I see this “superstar” image among many ministers. We need to get past that and respect their gifting from God, but still see them as people just like you and me.

All this is indicating a calling to a certain group of people. Peter, by God’s direction, was primarily called to preach Jesus Christ to the Jews; whereas, Paul was called primarily to the Gentiles.

THOUGHT: All people need to hear the same gospel message, but we may feel led/inclined to reach out specifically to a certain group with that message.

Examples: Inner city, drug addicts, bikers, or any other people group you can think of.

Verse 9 - and when James, Cephas, and John [all ministering to the Jews],who seemed to be pillars, perceived the grace that had been given to me, they gave me and Barnabas the right hand of fellowship (Gk. Koinonias – carries with it the idea of partnership, being in this together), that we should go to the Gentiles and they to the circumcised.

If you get the “left hand of fellowship” that’s not good. The “right hand of fellowship” is good. That meant they were working together (partnering) for the goal of the evangelizing of all people. Thus, the Christian leadership in Jerusalem gave their approval to Paul’s ministering Jesus Christ to the Gentiles without the requirement of circumcision or keeping the Jewish law.

NOTE: I’m sure the enemies' dream was to divide the church, but praise be to God they all agreed on the One Gospel message for all people!

Verse 10 - They desired only that we should remember the poor [specifically in Jerusalem], the very thing which I also was eager to do.

They did ask that Paul remember the poor, meaning more specifically the poor in Jerusalem, which was obviously no problem since that was already in the heart of Paul.
(See Romans 15:25-33; I Cor. 16:1-4 and II Cor. 8:9)

THOUGHT: Are you remembering the poor?

Concluding thought:
Please let this letter speak to you and free you from any man-made bondages!

Next week we’ll continue with verse 11.

Please pass this on to others – Thank you!
Do invite people to join us at: http://www.biblefood.blogspot.com/or on FB go to the group: http://www.facebook.com/home.php#!/home.php?sk=group_143954142326547&ap=1
In the UPPER LEFT corner of this blog,
add yourself with Google Friend Connect and get this blog automatically.
Posted by BibleFood Devotional Blog at 3:15 PM No comments: