We ended last week with verse 12, I will cover verses 13-17 this week. I will try not to go over 1000 words per devotion, in the hope that they will be short enough for you to read and comment. 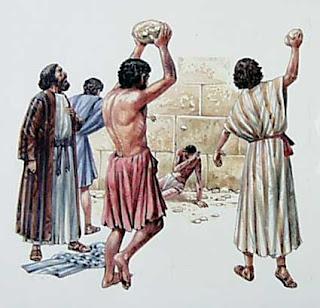 13 For you have heard of my former conduct [behavior, way of life] in Judaism, how I persecuted [and violently at that] the church of God [Gk. Ecclesia] beyond measure and tried to destroy it.

When Paul thought of Christians he did not think, “I wonder if Jesus is the Jewish Messiah?” No, rather he thought he was doing right by God by destroying the Christians (I Tim. 1:13) . He violently attacked the Christians and was himself responsible for many Christian deaths (Acts 9:1, 24:4-5, 26:9-11). He was even there when Stephen was martyred (See Acts 7:58,8:1 ).

14 And I advanced in Judaism beyond many of my contemporaries in my own nation,being more exceedingly zealous for the traditions of my fathers. 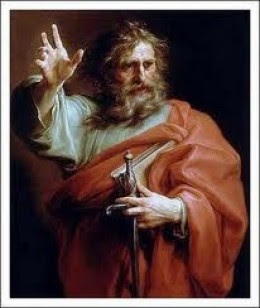 der the well-respected Gamaliel (Acts 22:3), Saul (later called Paul) mastered the Torah and the entire Jewish law, taking his place as a Pharisee. Paul, like many today, was zealous in his religious Jewish ways.

To relate this to us, Paul was religious but not right with God. We have many religious people around us today who are bound by their man-made traditions, laws, and legalism, but they don’t personally know JESUS!!! This was Paul’s state.
15 But when it pleased God, who separated me [set me apart] from my mother's womb [before I was born] and called me through [by] His grace,

The Bible comes back to this, we are for God’s pleasure “…when it pleased God…”

Then it goes on “…who separated me from my mother’s womb…” Paul was set apart – his life as a follower of God was predestined even before he was born (from my mother’s womb), and called Paul (as He does all of us) THROUGH HIS GRACE. Paul didn’t merit (work for) his salvation and neither do we!!! Note: For Paul’s conversion see Acts: 9:1-19

Side Note: This, among many other passages, gives us an understanding that life begins before we come out of the womb, and that abortion is killing a life. Paul was separated by God while in the womb. I believe when we are born (come out of our mother) we are really 9 months old. Life begins at CONCEPTION!

16 to reveal His Son in me, that I might preach Him among the Gentiles, I did not immediately confer with flesh and blood [meaning no person],

What was God’s purpose for Paul? To reveal HIS SON, our Lord and Savior Jesus Christ, in me (Paul).
God has the same purpose for you and me. We were chosen by God to reveal His Son to a lost and dying world.
Paul was chosen NOT for HONOR, but for SERVICE, NOT for EASE, but for BATTLES.
So it is with us today, we are not chosen for HONOR, though so many seek it, but for SERVICE. Yes service!
Also, we were not chosen for EASE. Our easy believism gospel of today is, “come to Jesus and He will take all your problems away and bless you with good things.” But in truth He has saved us to BATTLE. When is the last time you heard someone say, “come to Jesus and get ready for the battles!!!” Why not tell the whole truth to one coming to Christ! It won’t scare them off if the call has come from God to start with.
To Whom was Paul called? To PREACH JESUS among the GENTILES. How ironic!

Sometimes our calling includes a certain people group. It could be a country, a race, a certain group of people (homeless, prisons, drug addicts, the sick, shut-ins, etc.).

Paul ends this verse by again reminding them that he did not get his message from any human (flesh and blood).

17 nor did I go up to Jerusalem to those who were apostles before me; but I went to Arabia, and returned again to Damascus.

He didn’t go running off to the Apostles and ask them to get him grounded. God sent him off in the desert (Arabia). Paul had a lot of unlearning to do, and in his case the Lord did it. No one had claims on Paul but God.

Note: God did a special work with Paul that resulted in 1/3 of the New Testament being written by him. We do well to heed his words as they are part of our Holy Canon of scriptures and are really written by the Holy Spirit through the instrument of a man called Paul.

The Biblical manner by which God teaches us His will is by other mature believers, by studying the Bible ourselves, and by the Holy Spirit . ALL methods will be in line with the scriptures and never go contrary to scripture.

Don’t be like the Judaizers trying to discredit Paul’s ministry (and failed miserably) or like some who almost deify him. He was a man just like you and me except chosen in a different way. But even with that in mind remember whatever the Lord has called you to do, it is the most wonderful path for you to follow no matter where it leads. May the Lord bless you all in your journey!

Next week we will finish chapter 1, and spend March in Chapter 2. Don’t get in a hurry, but ask the Lord to make Galatians real to you.

Posted by BibleFood Devotional Blog at 11:00 PM No comments: