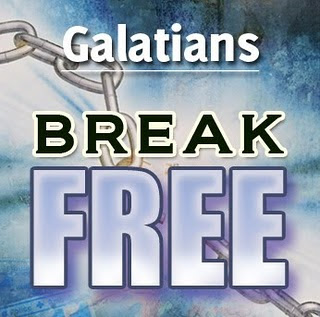 Introduction to today’s teaching:
Paul is laying down a lot of foundation before he blasts them with the message of GRACE.

Remember that a good foundation is ALWAYS a necessity to build upon.


Verse 18 Then after three years I went up to Jerusalem to see [Gk. Historesai - to get aquainted, visit with - This is the ONLY time it is used in the New Testament] Peter, and remained with him fifteen days.

Verse 19 But I saw none of the other apostles except James, the Lord's brother.

“Then after three years…”
span >– Paul was prepared by the Lord for what was ahead of him, and it wasn’t an easy road! Finally, three years after his conversion, Paul goes to Jerusalem for the first time since his conversion and met with only one of the original Apostles (Peter) for 15 days (that was a short visit after 3 years in the desert). Somewhere along the way he met James (not one of the original 12 Apostles), the actual flesh and blood brother of Jesus . In the gospel, we see that Jesus’ family thought he was crazy and did NOT believe in him (Mark 3:19-21, 31 and John 7:5). This James is not one of the original Apostles, but the actual brother of Jesus named James the Just (as he was called). He also became a leader of the Jerusalem church (Acts 15) AND also the writer of James.

Again, Paul is showing he was not influenced by anyone in the Christian circles – three years in the desert, then just 15 days with Peter and a brief encounter with James the Just. Otherwise, he met with none of the “big names” of the early church. As Kenneth Wuest says of this passage, “The strength of Paul’s language is explained by the insidious falsehoods of the Judaizers regarding his supposed dependence upon the twelve. .. He denies this charge most vehemently.”

Verse 20 (Now concerning the things which I write to you, indeed, before God, I do not lie.)

As he has already stated, so he states again “…BEFORE GOD, I do not LIE.”
In this case, I like how the Amplified Bible reads: 20 Now [note carefully what I am telling you, for it is the truth], I write this as if I were standing before the bar of God; I do not lie.

In this case, I like how the Kenneth Wuest translates this verse as: “But the things which I am writing to you, behold, before the face of God, I am not lying.” We can deem that being called a liar (by the Judaizers) was not something Paul wanted the Galatians falling for.

Note: It is quite an interesting experience to be trying to tell people the true gospel when they are being swayed to believe a lie by deceivers who are saying you are lying!

APPLICATION FOR YOU: How important is our integrity in what we say?

Verse 21 Afterward I went into the regions of Syria and Cilicia.

From Jerusalem, you would go through Syria first to get to 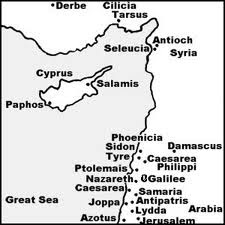 Interesting facts about Cilicia:
Paul, known as Saul prior to conversion, was from Cilicia.

Among the men of Cilicia who martyred Stephen was Saul (later called Paul), a man with a murderous hatred toward Christians (Acts 7:58) and yet a man who, after his conversion, became one of the greatest Christians that the world will ever know.

Verse 22 And I was unknown by face to the churches of Judea which were in Christ.

Still at this point Paul was “unknown by face” to the Christians in Judea.

Verse 23 But they were hearing only, "He who formerly persecuted us now preaches the faith [refers to the Message of Christ] which he once tried to destroy."

Can you even imagine them getting this report! People coming to Judea and saying, “Hey, guys, you’re not going to believe this, but Saul who we all know was adamant about destroying Christians, who then just disappeared for a few years, well he’s back and he’s now preaching Christ!!!” Can you imagine getting that report!

APPLICATION FOR YOU: Picture the biggest Christ hater you know, and then you don’t hear anything of him, and all the sudden he resurfaces and he’s a preacher now. Do have an acquaintance like that? Don’t give up on that person - he is still reachable!!!

Verse 24 And they glorified God in [because of] me.

Our lives can so reflect Christ that people will not see the bigness of YOU or me, but the truth that your salvation and mine is a miracle that rightfully GLORIFIES GOD! AMEN!

This is a good stopping point. We’ll pick up with Chapter 2 next week as we continue our series on FREEDOM.

In the UPPER LEFT corner of this blog, add yourself with Google Friend Connect and get this blog automatically.
Posted by BibleFood Devotional Blog at 4:45 PM No comments: