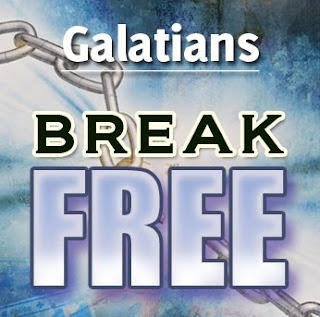 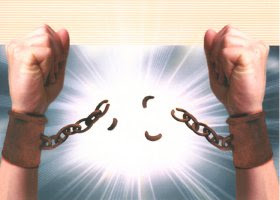 I marvel that you are turning away so soon from Him who called you in the grace of Christ, to a different gospel, which is not another; but there are some who trouble you and want to pervert the gospel of Christ." Galatians 1:6, 7
REMINDER: This letter was written because the Galatians were Gentiles (no background in Judaism), who were saved after Paul had shared the Gospel with them. But now after Paul’s departure, Judaizers (Judaizer defined as those who were seeking to impose many of the ceremonial practices of the Old Testament, especially circumcision on the Gentile converts to Christianity) came and told them additional requirements to be a Christian, i.e., they must believe in Christ, be circumcised and hold to the ceremonies of the Jewish (Mosaic) law. This erroneous teaching, Grace PLUS Work earns Salvation, is dealt with in this epistle.

As we go through Galatians, I will often refer to the Greek as that was the language the New Testament was originally written in, as there are things in the original language that we miss in plain English language.

PAUL’S SHOCK REGARDING THE DESERTION
V. 6 - I marvel that you are turning away so soon from Him
who called you in the grace of Christ, to a different gospel.

Let's break down this verse:

Lesson One: We must recognize our own vulnerability to error.

It amazes me how many of us start out believing in Salvation through CHRIST ALONE BY GRACE ALONE, but then in time we get caught up in all these works to EARN or KEEP our salvation. I've been there! Have you?

v.6 I marvel (astonished, amazed, shocked) that you are turning away (deserting) so soon (quickly) from Him who called you in the grace of Christ, to a different (heteros) gospel,

A. “I marvel (Gk. thaumazou) that YOU ARE turning away (Gk. metatithami) so soon (Gk. tacheos) …”


1. The Greek word for MARVEL is thaumazou - to be astounded or bewildered.

2. The Greek for TURNING AWAY is Metatithami - deserting - transfering allegiance.
The verb tense implies they were not there yet, but they were getting close.

3. The Greek word for SO SOON is tacheos - quickly - also means easily and readily.


Here, we see Paul is in shock. He's letting the Galatians know they are becoming spiritual deserters of Christ because when they turned away from the true gospel (to a works salvation), it was and always is a turning away from the Person of Jesus Christ.


B. "from Him who called you in (into) the grace of Christ, to a different (heteros) gospel"


God Himself had called them (Galatian believers) into what? The Grace of Christ.

In this situation the believers of Galatia were turning away from Christ and grace to a DIFFERENT (Gk. Heteros = Another of a different sort) Gospel (by Judaizers).

When God called me and you, it was by His GRACE (not of WORKS - See Eph. 2:8,9). He did that not for you and me to NOW be led away to a different gospel which is really NO Gospel at all.

Paul is like, what is wrong with you guys, look what God did for you by calling you into the grace of Christ, and now you're going to be swayed to a false gospel of works salvation. What's wrong with you?


REMEMBER: You take the Grace of Christ out of the message of the Gospel and you are no longer following THE GOSPEL (Good News).

PAUL’S WISDOM REGARDING THE DECEPTION
Verse 7 - "which is not another (Gk. Allos - Of the same sort);
but there are some who trouble you and want to pervert the gospel of Christ."

Lesson Two: We must protect ourselves from erroneous teachers.

This message of the Judiazers (a Salvation obtained through works) was not an alternative Gospel (which means Good News). It was totally not a Christian message AT ALL!

We have many "alternative churches" out there today that take away from the message of the cross. Their message has no understanding of GRACE, either erring to, you can do anything (license to sin) because you're saved, to the other extreme, you must do all these things (works) to be saved (legalism). These "alternative churches" preaching an alternative message are NOT CHURCHES AT ALL.

Three facts about this different gospel brought to the Galatians.

1. It is a false message and not even an alternative message.
Different/another (v.6) in Gk. heteros = another of a different sort, but this was no gospel at ALL! Another (here in verse 7 in Gk. Allos - Another of the same sort.

2. It will cause you to be troubled.
Trouble in Gk. Tarassou = to disturb mentally - to agitate and stir up. Figuratively, it connotes deep emotional disturbance and refers to an unsettled mind.


3. It is a perversion of the gospel of Christ.
Pervert in Gk. Metastrepho = to reverse, to change to the opposite of what is truth.


As we battle today with an alternative false gospel, so did they in the churches of Galatia. We're being troubled by this false gospel. Note: The flesh may like it, but in your heart you have an uneasiness - You are troubled.


Last point here is their goal (false teachers) is to share this perverted gospel and get you following that error instead of the TRUTH!

But what about those not so obvious groups?


You need to make sure they are preaching a message that fits these 5 areas:
1. Scripture Alone
2. Christ Alone
3. Grace Alone
4. Faith Alone
5.The Glory of God Alone


If they are altering from any of these 5 things (basis for Christianity), I would caution you to make sure you are not getting "another" (Gk. heteros - another of a different sort) gospel which is really no gospel at all.


To be honest, when I was saved (and many years after), I got into some of the "alternative gospel" beliefs, and THEN years later learned true Christianity is ALWAYS based on: Scripture Alone, Christ Alone, Grace Alone, Faith Alone, and to the Glory of God Alone. I initially could not handle the fact that I had believed wrongly in so many ways that it troubled me, but NOT to the unsettling of my mind, but to want to believe unaltered truth. PTL!

If you are not familiar with the message of Christ as taught here in Galatians (and throughout the Bible), I ask you to listen and humbly learn. Once you understand the Gospel message, it will truly set you free and your walk with Christ will never be the same (so much better).

I would like to close with this quote:
"Note the resourcefulness of the devil. Heretics do not advertise their errors. Murderers, adulterers, and thieves disguise themselves. So the devil masquerades all his devices and activities. He puts on white to make himself look like an angel of light.”


In the UPPER LEFT corner of this blog add yourself with Google Friend Connect and get this blog automatically.

Comments welcome and expected :-)
Posted by BibleFood Devotional Blog at 11:01 AM