Good place to reflect – I have taught 20 lessons on Galatians (then took a month off).

This message is going to be dealing with "legalism" as have many others, as this was the Galatian believer's problem.

I thought it would be good to start off with a good clear definition of what legalism is, and then ask ourselves 2 questions as we start back in our Galatians study (verse by verse). 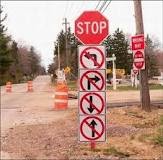 Legalism defined: Legalism...is essentially any attempt to improve on what God has done for us by adding things that we do for Him... It is any attempt to earn approval from God with our imperfect actions, rather than accepting and being pleased with the approval that He freely offers us because Jesus has earned it for us with his perfect sacrifice. Legalism is always doomed to failure because we are imperfect and the God that we seek to impress is perfect. It robs us of peace and joy.  (Definition by Mike Taylor)

I think the following statement by Jerry Bridges on legalism is worth our attention.
"Legalism insists on conformity to manmade religious rules and requirements, which are often unspoken, but are nevertheless very real… There are far too many instances within Christendom where our traditions and rules are, in practice, more important than God’s commands."

Legalism is always a step backward in your walk in Christ.

On the positive, praise be to God for those who are free and staying free, AMEN!

8 But then, indeed, when you did not know God, you served those which by nature are not gods. 9 But now after you have known God, or rather are known by God, how is it that you turn again to the weak and beggarly elements, to which you desire again to be in bondage? 10 You observe days and months and seasons and years. 11 I am afraid for you, lest I have labored for you in vain.  Galatians 4:8-11

8 But then, indeed, when you did not know God, you served those which by nature are not gods.

When they were ignorant sinners (before salvation), they had served their false pagan gods (really demons). As it states in 1 Cor. 10:20, “…what pagans sacrifice they offer to demons and not to God.”

9 But now after you have known God, or rather are known by God, how is it that you turn [turn is in present tense, meaning in the act of turning] again to the weak and beggarly elements, to which you desire again to be in bondage?

Here we are now looking at the Galatian believers (saved).

Knowing God is not your great accomplishment, but the Lord’s doing. Our knowing God is conditioned upon His prior knowledge of us. Paul makes sort of a correction to his first few words, and to make sure there is no misunderstanding, he makes it clear  “rather are known by God.”  God has taken the initiative in grace to incorporate them into His family. We should be excited, not just that we have come to know God, but that God knows us!!! (also see 1 John 4:10)

Then, they go backwards to the weak and beggarly elements and become slaves again!!!
They were giving up the power of the Gospel for the weakness of law.

How were they doing this?
By putting themselves under the law. Then, it goes into specifics in verse 10:

"One of the tragedies of legalism is that it gives the appearance of spiritual maturity when, in reality, it leads the believer back into a 'second childhood' of Christian experience." (Wiersbe)

Legalism caters to the flesh, leads to pride (look at what I’M DOING) and really makes an outward observance replace the work that the Lord wants done in our hearts.

11 I am afraid for you, lest I have labored [literally "to labor to the point of exhaustion"] for you in vain.

What we proclaim from our heart of the Lord, even if people don’t listen, is never wasted in His eyes. But how often are we afraid for the person falling backwards?  In the human sense it would be in vain (wasted time).

Were these converts under Paul's ministry in Christ going to go from having faith in Christ for salvation to putting themselves under the law and legalism in their walk with God? To do so would be a step backwards.
Closing Illustration – The religious John Wesley, becomes the Christian John Wesley!
John Wesley was an honor graduate of , an ordained clergyman in the Church of England and orthodox in theology. He was active in practical good works, regularly visiting the inmates of prisons and workhouses in and helping distribute food and clothing to slum children and orphans. He studied the Bible diligently and attended numerous Sunday services, as well as various other services during the week. He generously gave offerings to the church and alms to the poor. He prayed and fasted and lived an exemplary moral life. He even spent several years as a missionary to American Indians in what was then the  British colony of . Yet, upon returning to , he confessed in his journal, “I who went to to convert others was never myself converted to God.” Later reflecting on his preconversion condition, he said, “l had even then the faith of a servant, though not that of a son.” Wesley tirelessly did everything he could to live a life acceptable to God, yet he knew something vital was missing. It was not until he went “very unwillingly to a society in ” one evening that he discovered and claimed true Christian life. “I felt my heart strangely warmed,” he wrote. “I felt I did trust in Christ, Christ alone, for salvation; and an assurance was given me that He had taken away my sins, even mine, and saved me from the law of sin and death.”  He was no longer just a servant. Now, he was a son!

Closing thought:
Whatever leads one away from sole reliance on Christ,
whether based on good intentions (or not), is of disastrous results.

Enjoy this 10 minute video on
Legalism and what Christianity is really about!

As we close, I encourage you to grow in the Grace and only found through Jesus Christ!


To receive these devotional teaching as they come out please join our site.

Please also check out this new 33 minute movie 180
(dealing with Holocaust and Abortion) a must for all!
Warning: Due to some graphic footage of the Holocaust
some footage may not be appropriate for children - Thanks!

Posted by BibleFood Devotional Blog at 10:59 AM No comments: